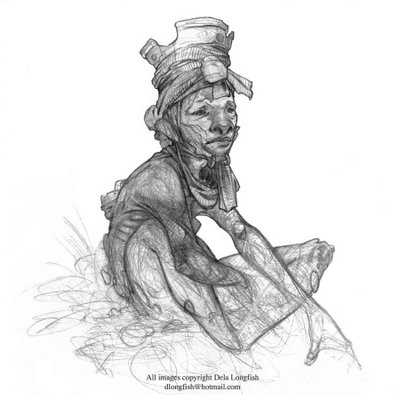 Alright here is some new work! It's been a while since I have put any work up on this site. I had a change of jobs and am now working at LucasArts. I have been putting a lot of time in at work, but here is some new work. This is a piece I did based on a creature from Japanese mythology known as a Kappa. I approached this piece by working only from the written description. This creature has a bowl on top of is head that holds water, if the water spills from this bowl he dies. I thought he would carefully wrap his bowl on his head to keep it from tipping over. I made the bowl on top of his head resemble the silhouette of a crown, I imagined him as noble while also giving a hint to a larger story. 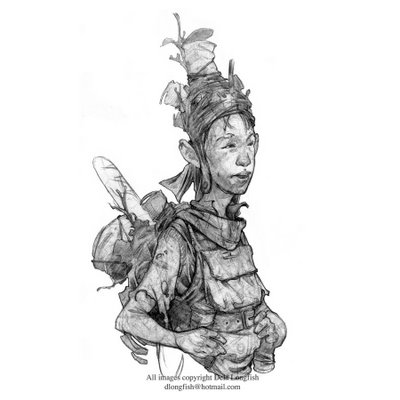 This piece I did is actually a character my brother came up with. This character was based on the story of a orphaned thief living in Venice. He used a back pack made from trash as a means of getting away after stealing things. He would steal something thing run and jump in the canals to make his get away, looking like garbage floating in the canals. I really like this idea because it created a great silhouette, placed the character in Venice, and in general is a great visual look. Again I want to give my brother credit for this concept, thanks man!
Posted by Dela Longfish at 10:53 PM 3 comments: